I was 22 when I started my first full time job. I was right out of college and eager to make my mark on the world. My father, who had a very successful business career, has always been my mentor personally and professionally, so I wanted nothing more than to impress him, and help him see that all of his (and my mother’s) hard work in raising me was going to pay off. 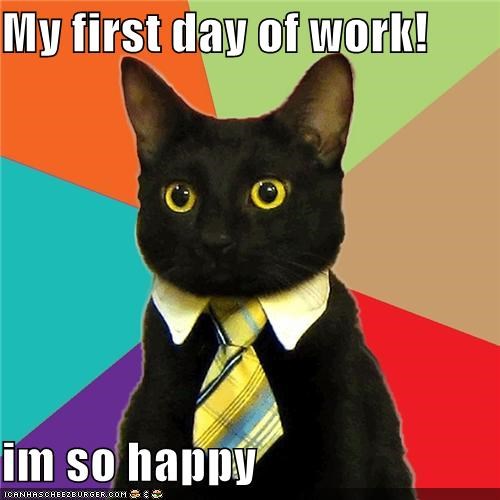 And so like every other like-minded person, I was the first person in the office every day and many times, was the last person out. I was making ok money for someone my age and knew that because we were a small company and I was the lone sales and marketing person, there were a lot of people depending on me to keep the lights on. The place wasn’t going under if I sucked, but we certainly weren’t going to grow very fast if that was the case.

It took me a little while to get going, but once I did, we started winning a lot. We won so much, that we had to move into larger spaces (twice) and grew the company more than 500% personnel wise. But it wasn’t until I was a couple of years in that I realized the most important, career changing concept that altered my work behavior forever.

It’s not how long you work, it’s how effective you are when you’re there. Yes, it’s very cliché and I know I’m not the first person to share this thought, but it was a big, light bulb moment for me, so I’ll take it a step further.

I believe that every employee should think like a sales person.

Here’s what I mean. Sales people are compensated in a very clear and precise manner. Sell this much, earn this much, rinse and repeat. And great sales people generally become sales managers and know that whether you work 40 hours a week or 60 hours a week, as long as you’re hitting your numbers, you’re good.

But other areas of the business usually aren't able to do as good a job clearly defining the goals for their employees. So, why can’t this concept be applied to other areas of the business? For example:
And so on. It seems simple, but so many businesses don't really have direct targets in place (or don't tell the employees about them) to help provide this kind of direction.

The point I’m trying to make isn’t that we should set minimums for every role in the company, it’s clear we have enough people trying to get by with doing the minimum. My point is that we should set more clearly defined goals for everyone in the company because so many people wander through their career feeling that as long as they’re busy, they’re doing their job. Unfortunately, that’s not how it works; when I realized that busy doesn’t equal productive, I became a much stronger member of the team.

For the next three months, I want you to try something. Set clear goals for yourself and really focus on them. Don’t get bogged down by all the other side BS, just focus on your goals, like a salesperson focuses on the deals they’re working that quarter.

I promise you, you’ll be more productive, the results will be better, and you’ll be home for dinner much more often.