2012 has been a really interesting year for me both personally and professionally. Some ups, some downs, but more ups than downs, which is how you want it to be, so you won’t see many complaints here.
On a professional level, Ektron continues to be an innovative thought leader in the WCM space, so I’ve got job security and I work with good people. On the personal side, my family is doing well and looking forward to another Christmas, which to many is the best time of the year to spend with family, so that’s good too.
But let’s take a look back at how we got here:

2012 has been a year of change at Ektron. I’ve seen good friends move on to take on new opportunities and had the pleasure of meeting new faces that are as excited about the vision Ektron has as I am. These changes were highlighted by the naming of Ektron’s new President (Tim McKinnon) and the release of Ektron version 8.6, a major release in many aspects.

I've had the opportunity to develop new, long-term partnerships with clients like Apartments.com, GFT Forex, the Illinois State Medical Society, Morley Companies, the Credit Union National Association, and others, while working diligently to continue to strengthen relationships with existing customers like Indianapolis Power & Light, Culligan, Wolters Kluwer, and others. It's these relationships that I truly enjoy the most because I love watching clients succeed and knowing that I played a role in that success (big or small) is something that means a lot to me.


Aside from the Ektron WCM specifically, the digital market has seen a major shift in several areas such as mobile, where we’ve grown from simple “mobile-friendly” websites to responsive web design and true multi-channel support. We can thank Apple and Android devices for driving this as much as anybody, but it’s caused anyone that manages web properties to rethink what they’re doing and ensure that the platform driving their website is going to be nimble enough to adapt to the ever changing market.
We’ve also seen changes in the level of personalization that users now expect from their web experience. That “one-size-fits-all” site you ran out there in 2009 is no longer capable of producing quality leads and delivering the customer experience that users now expect. Tools like HubSpot, Marketo, and Eloqua are opening up the Marketing Automation market that’s really been somewhat limited in the past.


It’s been really fascinating to watch, but what it all really comes down to is how to give the user what they want, where and when they want it. Talk about a society of instant gratification…

Transitioning a bit between both professional and personal worlds, I’ve gotten really involved in social media and networking this year. I’ve been active on social media for a long time online via Facebook, Twitter, and whatnot, but really spent a lot of time participating in offline events with the Social Media Club of Chicago and others. I’ve met some really amazing people that are even better in person than they are online! I’m grateful for all the new friendships that I’ve made in 2012 and many of them started at SMC events.

Let’s Talk About Me 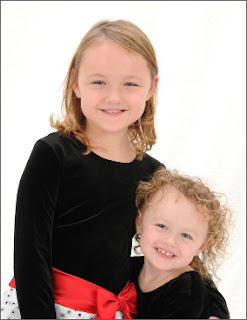 Like most of us (I imagine), I find myself turning around and wondering where did the time go? It seems like summer just ended and now we’re less than a week from Christmas – it just doesn’t seem possible.

I’ve seen Payton perform her first dance recital, turn 5, yes 5, at Disney World, and head off to kindergarten. And I’ve watched Keira grow from this curly haired ball of energy into this really sweet, affectionate little person. We’re so blessed to have them and they constantly amaze Tess and I with the things they do (and say!).


There were no really big life changes (no new babies, we didn’t move, etc.), but we lost people that were close to us, which is always the hardest thing to reflect on. I've found that the best way to cope is to try to maintain a positive outlook and stay focused on the things that I can control. If you don’t, you’re really going to miss a lot.

It's great to learn from the past, but it's the things you have to look forward to that mean the most. Thank you to everyone that made 2012 a successful year and I look forward to seeing what 2013 has in store. From our family to yours, I wish you the warmest holiday wishes and the best in 2013. 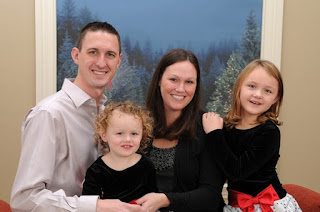 Five Ektron Enhancements That You Should Be Thinking About for 2013

As we wind down another wonderful year, I've come to find that a lot of our customers haven't had an opportunity to see the latest and greatest functionality that an Ektron-powered website has to offer. Therefore, I wanted to share my list of Five Ektron Enhancements That You Should Be Thinking About for 2013:
In addition to these elements, for those interested in seeing what else is coming in 2013, I encourage you to visit the Synergy 2012 section to view the presentation titled Flight of the Phoenix (Phoenix is the code name for the next Ektron release). It provides a lot of great information about Ektron's roadmap. Happy Holidays!